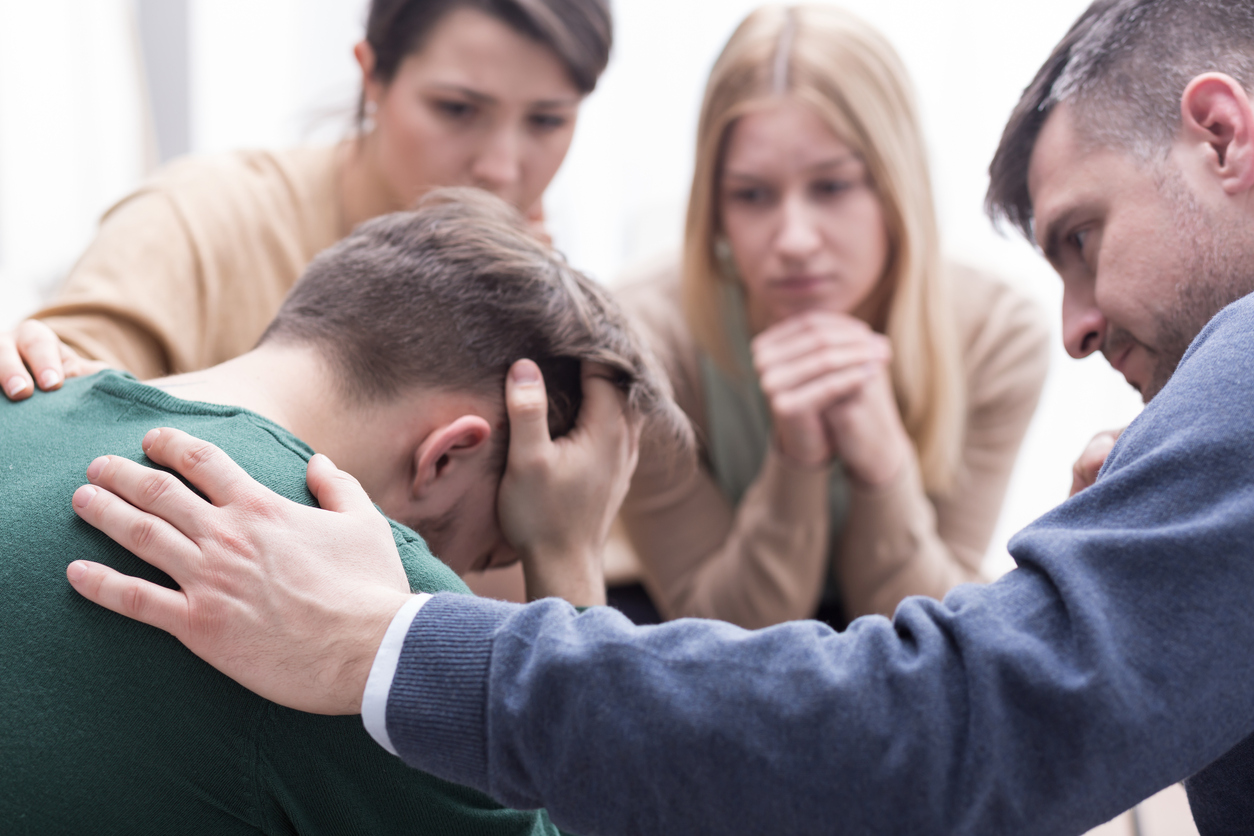 The acute loss period occurs during the 10-14 days following the death of a family member or friend, according to the research of Todd Borek and Karl Jennings. It’s a time after a loss that people often later refer to as a “blur.” The experiences you have during that time are nearly universal and non-negotiable, they will happen whether you want them to or not.

On a national scale, you can look at 9/11 and how Americans responded to that day as an example of how we process the acute loss period. Everyone remembers the exact moment when they were told about what had happened at the Twin Towers. Automatically, the first thing we were compelled to do was to pick up the phone and call the people closest to us. We asked them how they were, made sure they were okay and wanted to make sure they’d heard the news. That is the same thing that happens when you lose a loved-one.

The first way you encounter a loss is through the physical and psychological process of hearing. Even if you’re expecting a loss, the moment you hear someone you care about has died your brain and body respond. Usually, there is some degree of an acute stress response, also known as fight-or-flight. Though you are likely not in a physically threatening situation, your mind responds to this new and upsetting information by activating your sympathetic nervous system and it causing your body to react. People often experience light-headedness, nausea, pounding heart, reduction of hearing, and shaking. Hearing about a loss is traumatic and with varying severity your body responds.

Immediately after hearing about the death of a loved-one you reach out to share the news. To go back to the 9/11 example, the first thing most of us were compelled to do after hearing was to call our families and closest friends. Even if they were nowhere near New York we needed reassurance that they were okay and that they knew. The sharing also validates the loss—it makes it real and offers the first opportunity for sharing feelings.

On 9/11, televisions around the world were tuned to the constant coverage of unfolding events. Humans rely heavily on vision to understand their environment and though we had heard, we needed to visually confront what was happening. The same is true when a friend or family member dies. Though it may be uncomfortable at first, seeing that person after they’ve died allows us to truly validate the news we had otherwise only heard. It is also important for bereaved people to see each other and physically witness their support system.

As word gets around that someone has died, the first question people will ask is, “when’s the funeral,” which is code language for “when can I see you?” These gatherings happen at different levels beginning usually with the most intimate family and friends coming together at the time of death, then shortly after at a visitation or service for extended relations. As social beings, humans have a need to physically come together. In the wake of 9/11 people quickly organized candlelight vigils or other gatherings just to be together.

Being present at a gathering is only half of the purpose, the other half is being open to connecting with others who share in bereavement. This connecting can be uncomfortable because knowing what to say can be difficult. Though many land on simply saying “I’m sorry for your loss,” what’s really happening is one person is physically present with another and saying “I see you. I see your pain,” and that is an important connection to make at an emotionally vulnerable time. This is also a time to help those who have gathered to connect with the person who died and pictures, videos, music and memorabilia work as a tether to historical and emotional memories we’ve shared with the person we’ve lost even if we didn’t know them well.

As the people gathered begin to reconnect with their memories and with each other, it leads to a place of reflection. Not just recounting what happened in the past, but considering how that played a part in leading you where you are today, what the person who died meant to you, and how that will shape who you are in the future. As you move through your grief experience you’ll find that this reflection is the first step toward meaning-making.

Through our grief, we find a way to celebrate the things, big and small, that that made our loved-one distinctively them. This isn’t to say that we’re gleeful, but rather that we have moments of appreciation for the unique relationship we shared, and the good things they brought to our lives. We celebrate the things that made them who they were.

Ready or Not, It Will Come

Earlier I said that this process is non-negotiable, but may it seem like some of these things are not automatic, especially the part about gathering. It makes sense that if you don’t plan a funeral there won’t be one, and that’s true. However, if you don’t create a gathering like a funeral or celebration of life on your terms, you’ll end up having what we call the “five-minute funeral” at random times.

The five-minute funeral happens when you’re walking through the grocery store and you bump into an acquaintance who normally would come to a funeral for your family but in the absence of a planned gathering hasn’t had the chance to see you since your loved-one died. They’ll feel the need to address the issue and offer you condolences because they otherwise didn’t have to opportunity. These interactions can happen anytime, anywhere and will catch you off guard.

It’s also important to have your planned gathering as soon after the death as possible. Right after hearing someone has died is when survivors’ supporters are most emotionally impacted and the longer you wait to gather after a loss, the less your friends and acquaintances tend to think you need support. Their sense of emotional investment and obligation diminish quickly, and that’s not because they don’t care but that the emotional call to support you is less intense.

Support during the acute loss period is very important and usually readily available. This is not a time to shy away from your needs. Everyone’s grief experience is different which means that everyone’s needs during that time are different. You can help yourself and the people around you by not being shy about letting folks surrounding you know how they can best help you and giving them the opportunity to do just that.

3 thoughts on “The Acute Loss Period”